This year for Christmas gifts we made some windowsill hydroponic herb planters out of old wine bottles. This was an opertunity to practice glass cutting (I picked up a bottle cutter a few years ago but hadn’t really had chance to play with it). We got the idea after seeing a product on a Sorted Food on YouTube.

First step was to cut the bottles, I picked up a glass cutter from amazon (I now own two… but one has been lost to the hoard). Choice was made more on delivery time than anything so there may be better choices out there. The process is pretty simple, score the bottle with the tool then use heat/cold cycles to break the bottle. It took a few attempts to get the processes right, and few failed attempts, but the following worked out best for me:

It was also an opportunity to try out some new vinyl on the Brother Scan&Cut vinyl cutter. After good success with HVTRONT’s heat activated vinyl, I picked up a few roles of their permanent glue backed versions. Unfortunately I have been less impressed with these roles, which tend to become de-laminated whilst unrolling due to packaging.

Finally it was just a case of collecting the following bits to complete the kits:

Everything was placed in the bottles, and then the bottle was tapped close along the cut line. If I was to make more of these I think I would hunt out some better tape than the bright green masking tape I used, but time ran out so Frog tape was used. 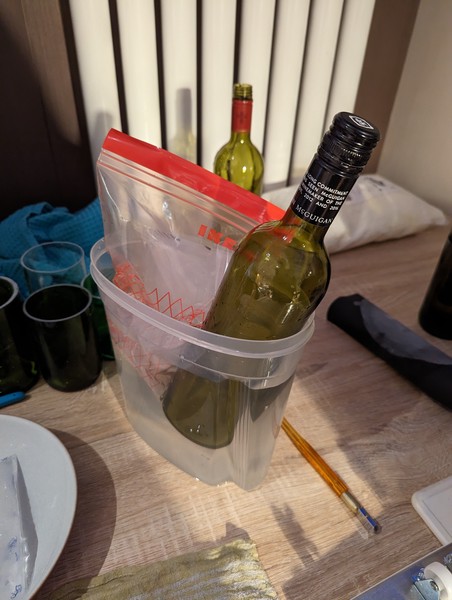 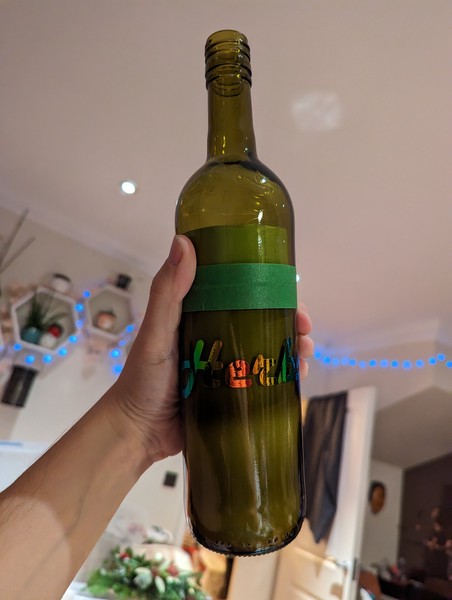 Read other posts
← Advent of Code 2022: An Introduction to Rust Iron on Vinyl →